December 15, 2014 – Associated Realty of the Americas www.areamericas.com 1-520-625-9207 is a Real Estate referral organization, founded in 2007, consisting of fully vetted, committee approved members who believe that it requires a team to make any successful transaction. They are people of proven character and integrity, who are at the pinnacle of excellence in their chose profession. Many of our members are active in their local, regional and state-province and national boards of real estate where they provide quality leadership in an ever changing market place.

This year AREA has chosen two members to share the title of being “Member of the Year”. They are Terry Wunderlich of Terra Firma Global Partners located in Napa, California and Dennis Badagliacco, Legacy Real Estate, located in San Jose, California.

Terry was chosen for the leadership she demonstrated as the 2014 Co-Chair of the AREA Retreat, which was held in October in Napa. As Co-Chair, she, together with the leadership of AREA, was responsible for coordinating all of the activities of the group in Napa. In September an earthquake hit Napa causing wide spread damage and great fear of its aftermath. A week after the event, Terry wrote an amazing letter to all of the members of AREA telling them that the recovery was well underway and the city was open for business. This act, alone, caused many members, especially those on the East Coast, to bury their fears and to ultimately attend the event. The result was that a record 70% of the membership came to Napa. Then, as Retreats go, it was much more than flawless. It was spectacular. AREA honors Terry for her significant contribution by naming her Co-Member of the Year for 2014.

Dennis Badagliacco is not an attorney but he probably could have been. As the member liaison to both the National Association of Realtors© and the California Association for legal issues, Dennis is on top of the latest and most significant legal issues affecting real estate professionals. As an adjunct to those duties, he is a regular contributor to the AREA Monthly Business Call-in and edits a column for the Monthly Newsletter. His expertise, coupled with an engaging style full of wit and insight, has made his participation an important ingredient of the AREA experience. For that effort, AREA is proud to announce that he has been named Co-Member of the Year.

Included in the annuls of wine country stories, is one probably as strange a tale as any ever told. Members who will be attending the 2014 AREA Retreat will have an opportunity to witness, first hand, the further unfolding of this story as on Tuesday morning there will be a face-off between California wine country real estate expert, John Bergman and a visitor from France, Pierre S. Cargot over the relative merits of California wines against those of France. 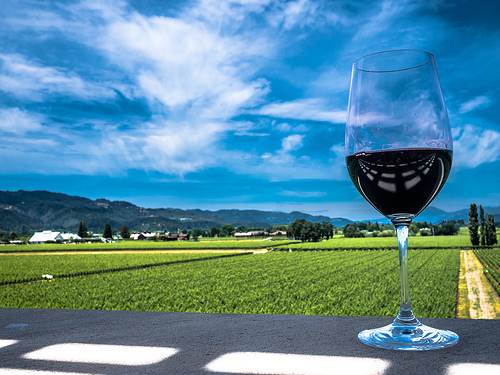 The story has its origins in 1976 when, during a blind tasting competition held in France, the Chardonnay of Chateau Mont Elena, a winery located in Helena, California, deep in the heart of the Napa Valley, was chosen first in the world defeating the pride vintners of all of France.

A certain ageless gentlemen, Pierre S. Cargot, who witnessed this “tragedy” believes that the labels had been switched through a process called “label inversion”, which, when used in the classical manner, allows wine labels to be withdrawn from one bottle and placed on another without any trace of what may have happened. Cargot notes that this practice dates back thousands of years (actually before bottles were invented) and that it was used on urns to enhance their value. The fact that Guttenberg only invented the printing press in the 13th Century, thus making printed labels at the time, not possible, has not deterred Cargot who says that the ancient Chinese has already invented the label making process and it had come to the Middle East on the back of Yaks from the Himalayas well before the first wine tasting events featuring urns had begun.

Cargot, who received a doctorate in truffle cultivation from the Sorbet, an off-shoot of the Sorbonne, graduated at the head of his class, served honorably in several different wars including as a member of the French Foreign Legion. He attributes his ability to analyze, with flawless accuracy, to his great grandfather, Pierre S. Maginot, the designer of the famous Maginot Line that protected France during the Second World War. “Being able to strip away all of the elements of a situation, I am always able to find a credible and working solution to almost any problem. This Maginot trait, has served to separate me from the likes of John Bergman who boldly exclaim truth in the face of incontrovertible facts that contradict the very soul of their hypothesis”, he recently stated. “We all know that the Maginot Line was created to enable Dunkirk to occur so that British and French troops could take a break before returning to destroy the Nazi’s. I am disgusted when I hear that it had failed its purpose because nothing could be further from the truth.”

In his biography, Cargot writes of his harrowing experience while searching for the world’s grandest truffle. He slipped, while standing on a river bank, and fell into the river, nearly drawing. When rescued he was delirious and everyone attributed that to being in Seine.

So, now his mission is to return the reputation of French wines to their previous position of glory. He will spare no expense to do just that on the morning of October 14, 2014 at 9:00 a.m. when he faces off against John Bergman.

May 5, 2014 – Through the good efforts of Ronna Brand, of Brand Realty, Beverly Hills, California, Betty Graham, immediate past president of Coldwell Banker Previews International, will head an all-star team of speakers and panelists that are to be featured at the 2014 AREA Retreat to be held on the 13-15th of October in Napa, California.

The event, which is the 7th annual AREA Retreat, is being held at the Embassy Suites Convention Center in Napa and will also feature Gordon McDermott, President of Auracom International; known, world-wide, as America’s preeminent language, linguistic and cultural training consultation firm. 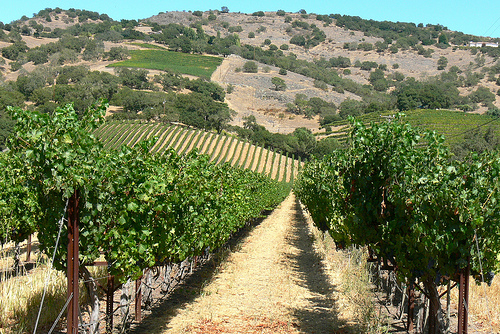 Also attending the event, as a special guest, will be Monsieur Pierre S. Cargot, a noted French wine expert, a graduate of the Sorbet and a truffle cultivator. He will debate John Bergman on the relative merits of French vs. California wines. This event could be carried on the Food Network if they wish to pick it up. Negotiations are currently not underway.

Heading up panels will be Ken Libby of Stowe, Vermont; George Harvey, Jr. of Telluride, Colorado; Chris McElroy of Fort Collins, Colorado; Cynthia Carley of Lake Arrowhead, California and Gail Hartnett of Boise, Idaho. Topics will be specially created for audience participation as well as to be unique in nature.

Attendees will enjoy an extraordinary luncheon at Tra Vigne; St. Helena’s adventure in melding Tuscany with the wine country; a guided tour of the Culinary Institute of America, which is housed in the old Christian Brothers Winery; A wind tasting adventure at the world famous Chateau Montelena Winery and, the grand finale will be cocktails and dinner at the elegant Napa Country Club.

For information please contact Carl Bosse at Associated Realty of the Americas carl@areamericas.com or 1-520-625-9207.